We took a holiday tour to Vietnam, more accurately Ho Chi Min City (HCMC) in March 2019. And what a trip! I could tell you stories for a long time about this particular trip, but I will focus on one specific experience in this article, and this is The Winking Seal Beer Company. 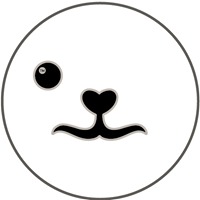 Yes! You are allowed to say: augggghhhhhh to that logo ;)

Thanks to a friend, Carsten, who lives 50% of his time in Vietnam, we had an exclusive way of visiting. The first week was in exclusive surroundings at the River Side which was an experience in itself! And, as Carsten knows, being fond of craft brewing, he had already bought us some local beers for the fridge. Just for starters ;) Al beers were local and bought at The Beer Fridge https://www.beerfridge.vn/ It is a big cooling room you walk into. The beers are on shelves along the walls and they have some coats you can borrow if you can't deside what to buy before you start freezing. Now that is a cool way (hehe) to buy beer! And a place you need to visit in VN!

He bought us several kinds and labels, but one beer comes especially to mind in this situation. Even though the temperature never went below 32 degrees Celsius he still (and thank you for that) bought us a stout. A “Baby Fatso Dry Stout”.

Now the funny part of this little fairytale starts. Is this a Stout? 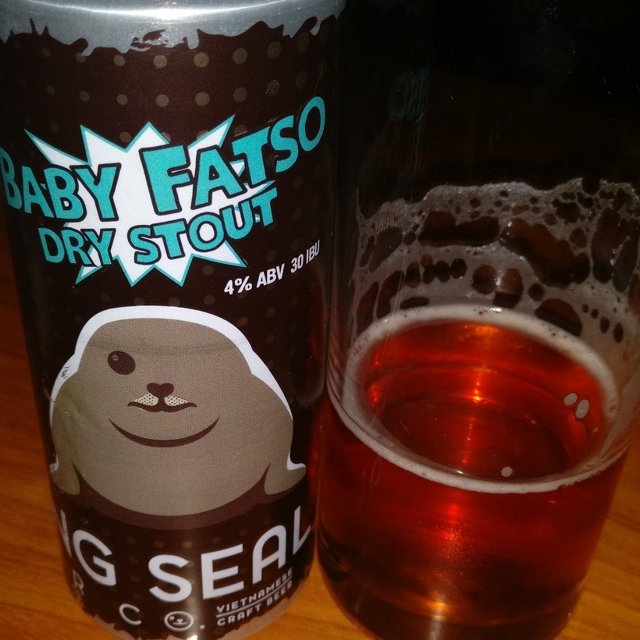 In my book, it is a little light in color… not? (you can say auuughhhh again ;) )

Well nevermind that. Before the fun part started, now for the good experience!

Some days later we took the above image to the Winking Seal Taproom in District 1 of HCMC. When we came in, we were gratefully meet by an employee and seated at the bar. Per request. We ordered two flights, 4 tasters each, and started tasting. Fine beer!

Some minutes later our “waiter” seemed to have a bit of time left over, so I confronted him with the image of the Fatso “Stout”. At first he just winked at me, and said he had never heard of that beer before, but when I pointed out the color he went: NOOO! Some apologies later, and the fulfilled promise of two beers for compensation, the waiter (OK, Stefano is the manager of the place…) asked me if he could borrow my phone. OK. Then he showed the picture to a guy at the end of the bar. The owner of Winking Seal! Now they all know!

We were very well treated for out honesty, and asked to fill out a form about which beers we had, and scale them from 1-7. One of the beers we liked was “The Bohemian Bastard”. When Stefano heard that, immediately called out “Andy! Come over here!”

Now we were to meet the head brewer!

We talked to Andrej for around 10 minutes, and then we got a personal invitation to come and see the brewery. Naturally this was at the edge of the city, 45 minutes by taxi (costs nothing compared to the experience) so naturally we accepted! Stefano said “He very seldomly does that” and that is fine. We are gullible tourists ;) In fact I think he actually meant it…

We had some trips planned, and coming back from those we contacted Andrej, aka Andy, for the visit. A time was scheduled, and we found a taxi to bring us there. Price for the trip there? 100DKK, around 15 US$, 14€, 350.000 Vietnamese dong. 2 People going on a trip in a local cab! Now the real adventure starts!

Arriving at the brewery, located in an industrial area where other breweries reside too, the cab driver gave us his number and in sign language asked if we wanted to be picked up again. “Yes, please. In 2 hours should be ok”. Service!

We went in, and found Andy, his brewing colleague and a local worker. All very nice and accommodating people. We had a deal with Andy, and he started the tour around.

So we got a can of beer each, and then the brewing part started. We arrived just when a new batch of Bohemian Bastard was about to start being brewed. From start, until finish, but we will get there…

After the brewing was started, and the measurements were completed, we got to talking. Andy is a Microbiologist by profession, and this really helps the process. The water in Vietnam is not drinkable to westerners, and the quality varies a lot. This is the reason why they at the Winking Seal Beer Company strip the water of everything but H2O. No minerals, no toxics, nothing but H2O. And then they add their own. Total control!

Andy’s co-brewer is, as is Andy, from Slovakia. Andy created tap-water from the origin where they are from. “What does this taste like?”, “Home!”, “Thank you ;)”

Back to the brewery.

Going through a lot of talk about how the brewery was working on a daily basis, we came across this 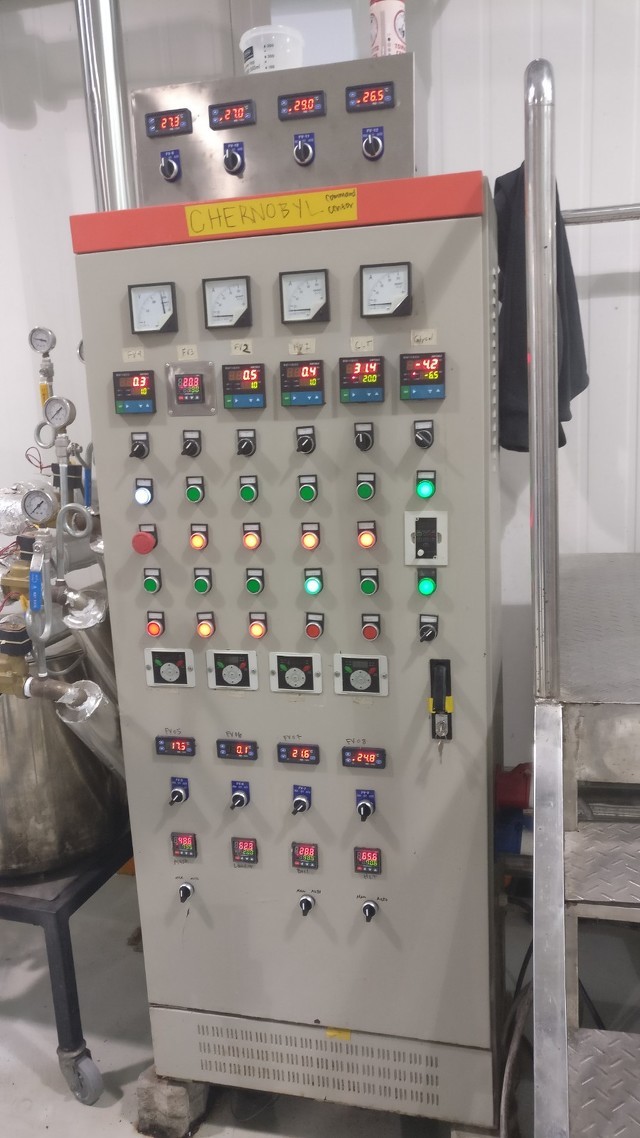 We talked about the brewing process, possibilities for the close by expansion, and a lot of other things. And then we were able to taste some sours, from an experimental batch that not even Stefano knew about! (Sorry Andy for spoiling your secret to Stefano. I owe you one if your ever in DK). A very interesting take on sours (one was made using Drinking Yoghurt as the lactose ingredient. I have to try that!)

Looking around, taking pictures, talking to the working staff… two hours was not enough! We have visited a lot of breweries. In Denmark as well as in a lot of other countries, but this personal touch was incredible. An experience I will treasure for a long time, and talk about again and again.

Now… We texted the cab driver, and he was there in 5 minutes. He did not drive back to HCMC! He waited for us all the time. Service! 15$ back, and we went to a home brew store to get more of the Wai-Iti hops that Andy gave us some of. Then to a bar or three, and there was no more day… But a great one it was… 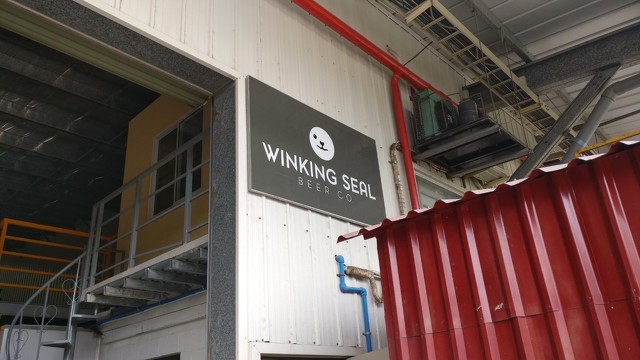 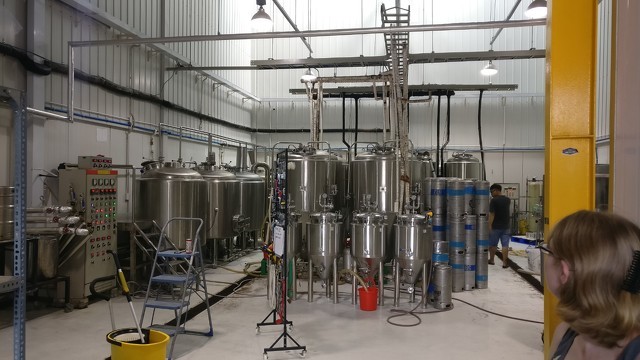 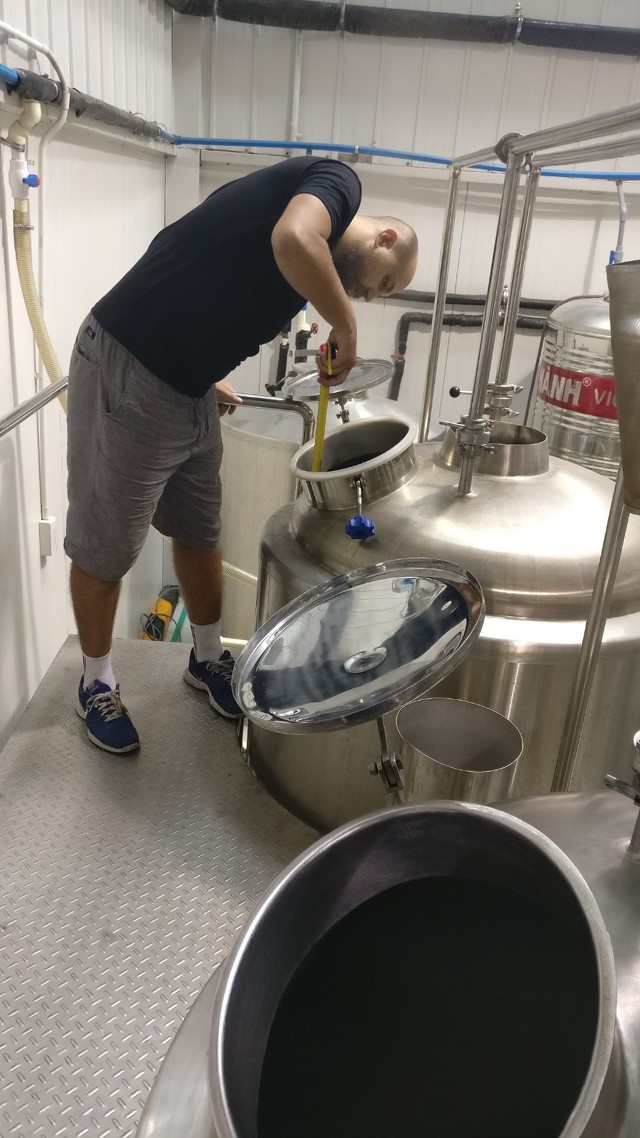 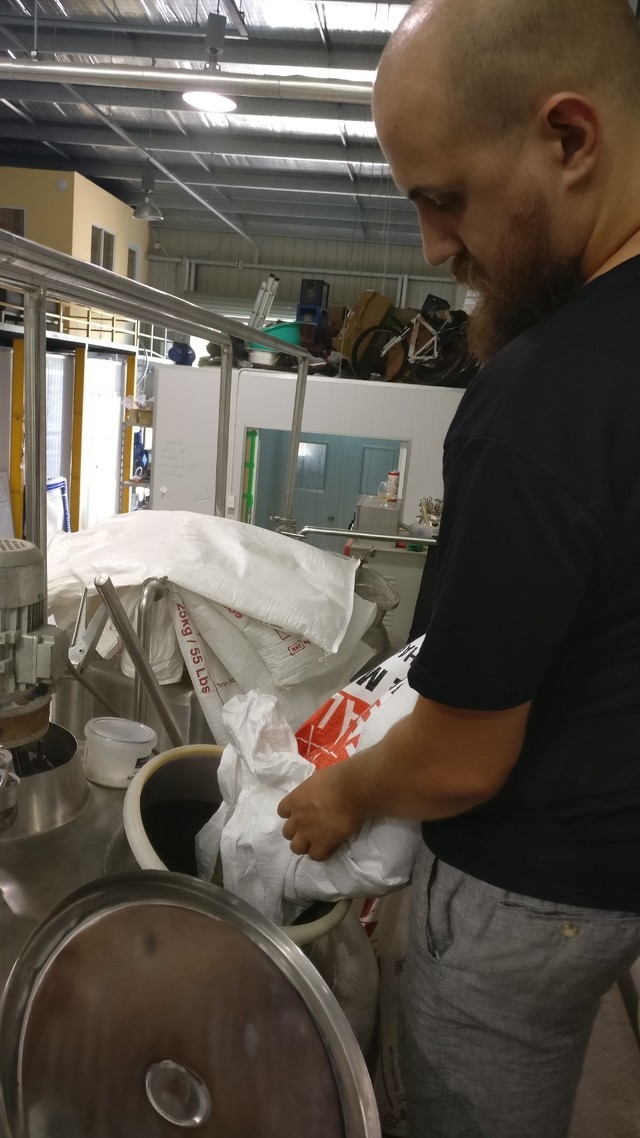 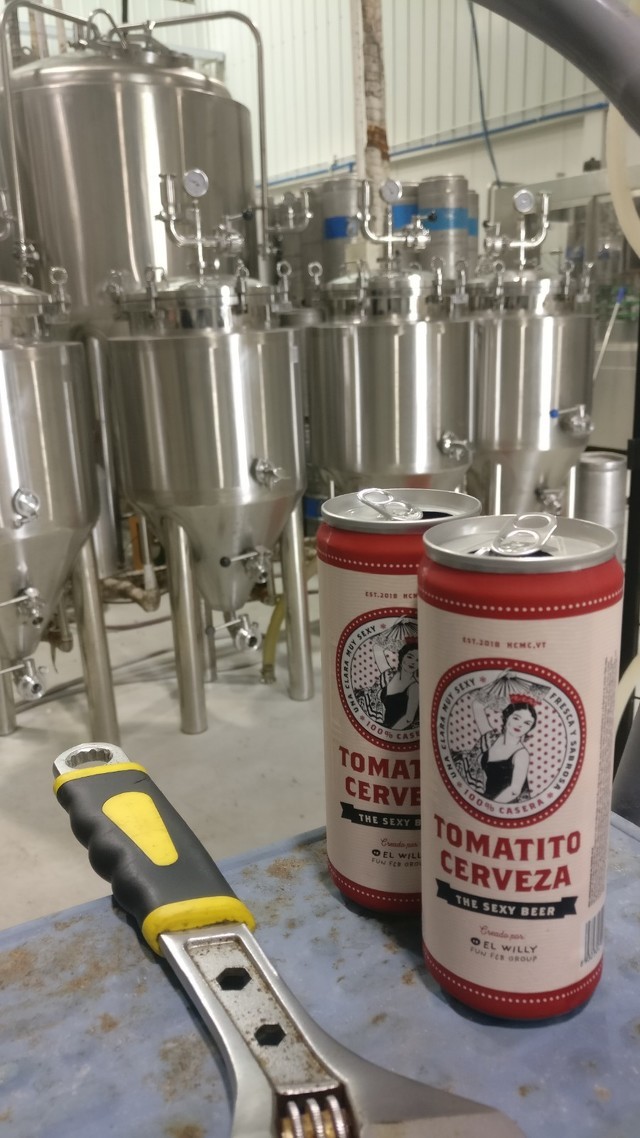 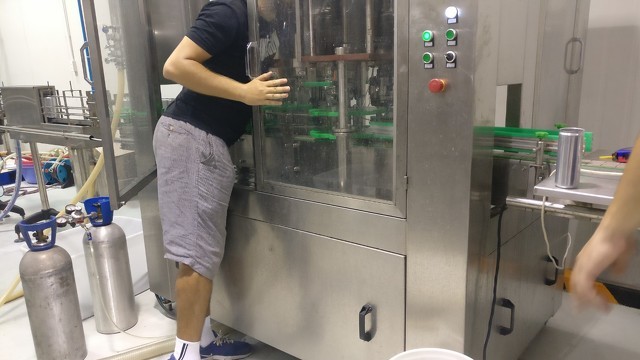 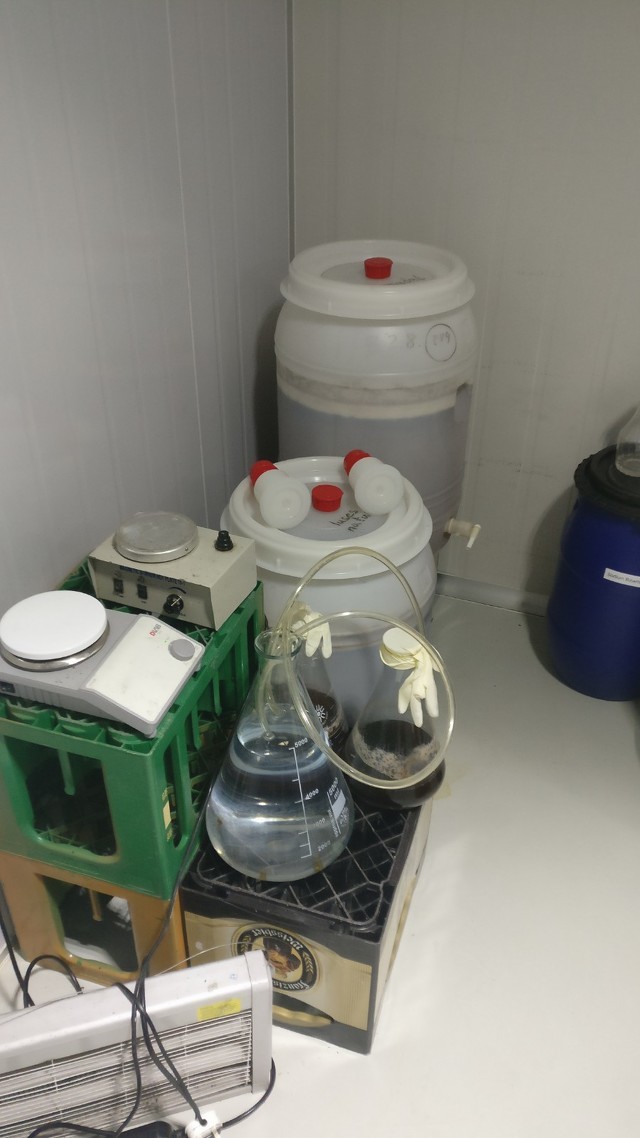 Best regard from Vivi and Morten.

Hope to see you again Andy and Stefano!